DNA Local Networks are teams of national Christian leaders organized to carry out the mission of the DNA in a defined geographic region. They have demonstrated commitment to building God’s kingdom in their own nations by teaching and modeling a biblical worldview. These networks are the DNA movement, and we are excited to announce the formation of new Local Networks in Puerto Rico and the Dominican Republic!

Yarley Niño is the contact person for the DNA Local Network in Puerto Rico. She has led the Youth With a Mission (YWAM) base there since its start in 1984 and also is part of the DNA’s Global Leadership Team. Yarley, a native of Colombia, has a special passion for discipling children and is a facilitator of the 4/14 Window Movement, meanwhile sharing DNA materials with interested churches and their pastors.

“Through this work,” she says, “I believe the message will be spread across the whole island, because we have divided the island in 17 regions, with pastors as regional facilitators leading the movement. As a DNA Local Network, we will be able to network with pastors from around the world, to be encouraged to see transformation in Puerto Rico. We will continue to be discipled by the DNA leaders and resources.

“Our vision is to raise up a new generation with a biblical worldview–to be able to birth the DNA movement in Puerto Rico and facilitate its spreading around the island.”

The DNA Local Network in the Dominican Republic promotes church-based community transformation through local nonprofits in this nation where the gross national income per capita is just over $5,000 (World Bank). They teach the importance of Christians working locally to redeem and heal broken parts of their societies.

Please click here to watch an excellent presentation by Luis titled “Why the Church Is Not Discipling the Nation,” and e-mail him at luis.sena@esperanza.org.

Please contact us if you’d like to find a DNA Local Network near you. Presently, we have 30 in Africa, seven in the Americas, nine in Asia, and three in Europe/Central Asia. Please e-mail info@disciplenations.org.

September 10-13 in Panama City, Panama, DNA leaders and partners from all over Latin America will gather to share stories, renew vision and address the Great Commission which involves making disciples of all nations!

The AMO Program is a powerful, comprehensive curriculum raising up servant leaders all across the globe. The DNA was influential in its beginnings, and it presently is used in summer schools, home schools, Sunday schools, after-school programs, youth reformatories, orphanages, young-adult Bible studies and other venues.

If you or anyone you know has interest in a children’s curriculum designed by biblical principles, please consider attending this five-day workshop in Texas next month! The cost is only $80 per person.

The kingdom of God is a mysterious but central aspect of the Christian faith.

Out of the 40 parables Jesus taught to his disciples and to others within earshot, 18 specifically were about the kingdom. In the four gospels, the phrases kingdom of heaven or kingdom of God are referenced 97 times!

Hein van Wyk, part of DNA’s Global Leadership Team and an excellent teacher, gave perhaps the most thorough  explanation that we have seen of the kingdom of God at the 2013 DNA Global Forum in Brazil. Here, you’ll find his presentation in two parts. Please watch and share with your friends and colleagues!

Hein van Wyk’s passion is Christ and the establishment of His Kingdom in every area of life. For the last 17 years, he has facilitated Kingdom development as it relates to leadership formation, collaboration initiatives, community upliftment, mission mobilization and strategic planning.  He has been a conference and motivational speaker on topics that include worldview, transformational development, missions, prayer and partnership.
Hein resides in South Africa and ministers nationally as well as internationally. In addition to serving on the DNA’s Global Leadership Team, he works from the platform of Hope for Africa Strategic Alliances and serves as Samaritan Strategy Africa‘s regional coordinator for southern Africa, as well as Africa director for both Churches Together and Experience Mission.
Hein is married to Helene and has three children: Jannandi (24), Heilene (20) and Daneiko (13).
Contact Hein at hein@hopeforafrica.co.za.

But what if a nation’s wealth was measured not just by money, but also by its strength of human relationships, its people’s connections to the Living God, the hopeful visions encapsulated by its youth? In that case, Japan might be considered desperate–along with many other “rich” countries in our world.

Shun Jinnai helped found Friends with the Voiceless, the Japanese arm of the DNA.

Shun says Japan has the highest rate of suicide among any of the world’s developed countries: more than 30,000 people kill themselves each year (the actual number is rumored to be double, but family members often claim such a death was an accident or disease, to avoid the shame). About 85 percent of young people say they can’t find meaning in their lives, and only 0.3 percent of the country’s 120 million residents have a relationship with Christ.

“This is a result of the story that Japanese people have been following,” says Shun. “The story is about economic sufficiency and individualism.”

“That story turned out not to be trustworthy, all of a sudden,” he says of March and April 2011, when the country suffered its most powerful recorded earthquake followed by a ferocious tsunami and the worst nuclear disaster since Chernobyl. 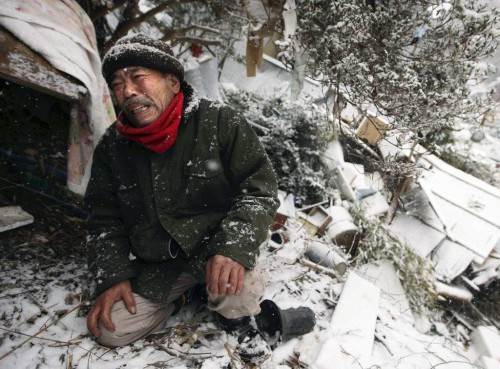 “So, people of Japan are in a big question now,” he says. “They are asking, how should we live now? Because we lost our story.” He says what Japanese people need is “restoration of relationship … serving each other, like Jesus did, and the image of family that the Bible tells us.”

Since 2004, Shun has employed local resources and bold creativity to reach Japanese who are lonely or lost. That year, he heard a DNA speaker and “was so touched by the concept that a church should care for the most broken in society,” he says.

As a result, he went to a Tokyo train station and looked for broken people to help.

He gathered a few friends and looked for trash to pick up–anything to bring God’s beauty, goodness and truth to his community. After one month, the small group was ready to go deeper. They came back to the train station with a sign: “We will listen to you for free.”

Shun and his friends had three ‘rooms’ called Do Not Judge, Do Not Teach, and Keep Confidentiality. They did this every Monday and Friday night, after work, for two years, sometimes lingering in conversation with strangers until 1 a.m.

They listened to people’s struggles with anxiety or anger; often, teens would arrive wanting to discuss their parents’ divorce and broken families. Some visitors would ask why Shun and his friends were doing this, which opened the door for sharing their own stories of the freedom they found in Christ.

Many of those visits led to people trusting Christ as their hope and savior, then being baptized, and the ministry grew. 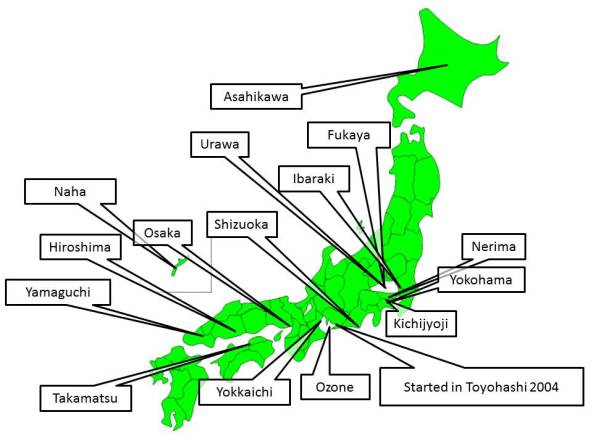 Word got out to other young Christian leaders and, now, this Kikiya ministry (“kiki” means listening, and “ya” means bar/restaurant) has volunteers in 20 regions of Japan.

One group alone has 30 Kikiya volunteers! Shun says that since 2004, more than 100 Japanese have come to the Lord each year through this simple-but-powerful ministry.

Shun’s story is an example of a Seed Project: a small-scale, wholistic outreach done by a small group of people to demonstrate God’s love in practical ways. Sometimes, as in Shun’s case, God grows those small seeds into ministries that bear abundant fruit! 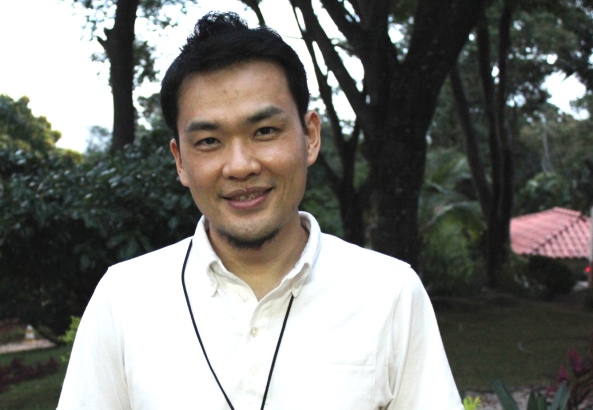 Just as Jesus admonished the religious leaders of his day by calling out their legalism and hypocrisy, so today we have prophetic men and women who challenge the painful truth that, in many cases, the nation has discipled the church–we Christians have put on the clothes of our surrounding culture, sometimes no longer even resembling the radiant Bride of Christ.

Is it too late? How can we return to the original call God gave his Church? How can we tell when a local church has lost its identity?

Luis Sena is the contact person for the DNA local network in the Dominican Republic. He has decades of experience in wholistic community development and presently coordinates the School Development Program (Esperanza-Edify Program) at Esperanza International.

His 15-minute speech from the 2013 DNA Global Forum in Brazil will make you cringe, but in a good way. After you watch the video (it is in English and Portuguese), please share your comments on the blog. You may also wish to follow along with the written transcript or simply listen to the audio file.

Excerpt: “…in general, the church in our generation has adopted the form, the model of the ‘corporation’ from the western culture. As a consequence, instead of discipling their members, in most cases, churches have Christianized cultural practices like advertising and marketing. They have done this in order to be friendlier to the public and to have a wider impact in their city as religious organizations, but not as the people of God.”

Translate this blog into different languages...